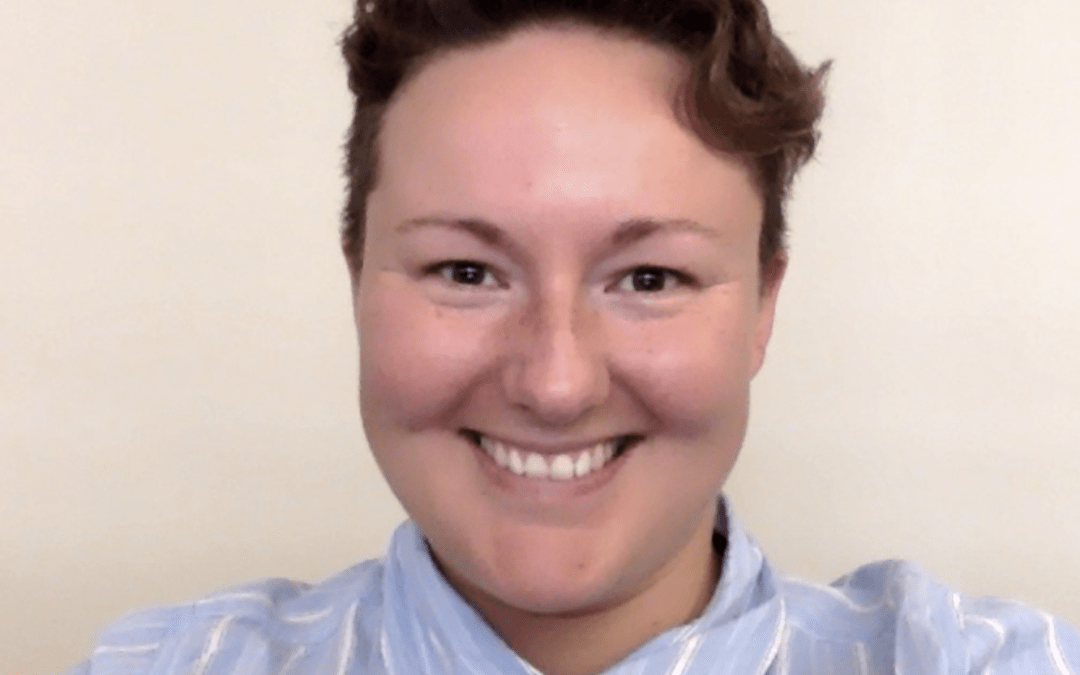 happy new year! I am really excited to start as I mean to go on and bring you the first interview of 2020 with another wonderful, inspiring and kind business owner – RC Woodmass! It’s been really great to get to know them and their work and to be involved in the digital agency they have created. Here is what we talked about:

RC Woodmass (they/them), a trained classical soprano, is a non-binary lesbian now working in tech. For the last three years they have immersed themself in the tech sector, co-leading the Montreal chapter of Lesbians Who Tech (& Allies) to be one of the most active chapters in their global network. They most recently worked as a product designer, applying their talents in speaking, writing, and design as a founding employee of diversity and inclusion startup Crescendo. They are the founder of Queerit, a social good design agency by and for queers (and those who love us). They have been called a “rising star in the queer/feminist movement” and work tirelessly for the visibility of queer and trans folks in the tech sector, as well as in society at large. They love cycling, writing poetry, gardening, and their cat, Didi.

Stuff I mentioned in the intro:

Sign up for the free business roadmap workshop: https://pinkwellstudio.com/free-workshops/

⋒ Hi, my name is Yarrow and I am your host.

My Embodied Business podcast explores what it means to build a small business with integrity, joy and anti capitalist values. I interview other small business owners and offer solo episodes in which I am answering questions around tech, strategy, more ethical marketing and creative livelihoods.

You can learn more about my web design, tech support, mentoring and community offerings at YarrowDigital.com

Sign up for my newsletter below if you'd like to hear from me about once a month! ⋒

You can sign up here to receive my monthly newsletter full of small business inspiration, new podcast episodes and behind the scenes stories.

You have Successfully Subscribed!

I support service providers, artists & makers in building sustainable livelihoods that are aligned with their values. You can sign up here to receive my monthly newsletterfull of small business inspiration, new podcast episodes and behind the scenes stories.

You have Successfully Subscribed!

We use cookies on our website to give you the most relevant experience by remembering your preferences and repeat visits. By clicking “Accept All”, you consent to the use of ALL the cookies. However, you may visit "Cookie Settings" to provide a controlled consent.
Cookie SettingsAccept All
Manage consent

This website uses cookies to improve your experience while you navigate through the website. Out of these, the cookies that are categorized as necessary are stored on your browser as they are essential for the working of basic functionalities of the website. We also use third-party cookies that help us analyze and understand how you use this website. These cookies will be stored in your browser only with your consent. You also have the option to opt-out of these cookies. But opting out of some of these cookies may affect your browsing experience.
Necessary Always Enabled
Necessary cookies are absolutely essential for the website to function properly. These cookies ensure basic functionalities and security features of the website, anonymously.
Functional
Functional cookies help to perform certain functionalities like sharing the content of the website on social media platforms, collect feedbacks, and other third-party features.
Performance
Performance cookies are used to understand and analyze the key performance indexes of the website which helps in delivering a better user experience for the visitors.
Analytics
Analytical cookies are used to understand how visitors interact with the website. These cookies help provide information on metrics the number of visitors, bounce rate, traffic source, etc.
Advertisement
Advertisement cookies are used to provide visitors with relevant ads and marketing campaigns. These cookies track visitors across websites and collect information to provide customized ads.
Others
Other uncategorized cookies are those that are being analyzed and have not been classified into a category as yet.
SAVE & ACCEPT